Home wine gifts 9 Things You Should Know About 818 Tequila

Despite having been launched a little less than two years ago, Kendall Jenner’s 818 Tequila has already taken the world by storm. In December 2021, after just seven months of business, the brand had sold over 130,000 cases, leading to claims that 818 was the “best-selling new tequila of 2021.” Despite impressive sales and growth that seemingly will not be slowing any time soon, Jenner was met with harsh criticism when she announced the release on Instagram in February 2021.

Though it may be controversial, 818 Tequila is undoubtedly one of the most popular agave spirits on the market right now. Now that you know the basics, here are nine more things you should know about the supermodel-approved premium tequila brand.

The tequila is named after Kendall Jenner’s hometown area code.

Despite the fact that tequila is native to the Jalisco region of Mexico, the name of Jenner’s tequila finds its roots in the United States. The name 818 serves as an homage to the founder and model’s hometown of Calabasas — located in the San Fernando Valley of Los Angeles — where she’s lived her whole life.

Prior to the spirit’s launch, 818 was entered into contests anonymously… and won.

While many speculated about how 818 would actually taste when Jenner announced its release on Instagram, she attempted to ease concerns by providing a list of awards that the spirit had already won — anonymously. When the spirit was entered into competitions prior to its formal release, judges were not able to see what its bottle looked like and did not know anything about the distillate, let alone its uber-famous founder. In the star’s post, she shared that all three styles of 818 — blanco, reposado, and añejo — had all been awarded distinctions in their own right from the World Tequila Awards, the SIP Awards, the MacroLiquor Spirit Awards, and the Ultimate Spirits Challenge, where the brand’s añejo was awarded the Chairman’s Trophy.

In the review of 818 Añejo, which scored 96 points, judges at the Ultimate Spirits Challenge claimed that the spirit was the “best in its class,” going on to say that it “shares a spot with Tequila Ocho as the greatest tasting tequila of 2020 and yet we don’t know what it looks like, who makes it, or how to get our hands on a bottle.”

It partnered with S.A.C.R.E.D. to support local Mexican communities.

Last year, 818 Tequila partnered with Saving Agave for Culture, Recreation, Education, and Development (S.A.C.R.E.D.) to launch the 818 Community Program, an initiative aimed at reducing agave waste in Mexico by transforming the product into usable materials. After the distillation process is complete, 818 uses waste from the agave plants to create bricks by combining these leftover materials with adobe soil, which are then used to construct a number of projects in the country. Current projects include a library that will double as a middle school space in Zapotitlán de Vadillo; a rebuild of the Tachia, a small, pre-industrial distillery in southern Jalisco; a community plaza in Rio de Parras; and the offices of SiKanda, a nonprofit targeted toward poverty reduction and the promotion of human rights in Oaxaca.

Additionally, the brand is working to deconvert over three hectares of Blue Weber agave fields adjacent to the Mayahuel Library into a biodiverse, regenerative agricultural area in an effort to rebuild as many agave fields as possible, even as the tequila is produced.

818 is committed to reducing its impact on the environment.

From harvesting to distribution, 818 is committed to an environmentally sustainable business model. The distillery runs entirely on biomass and solar power, which allows the brand to reduce its reliance on fossil fuels and cut back on energy output throughout the distilling process. Further, when it’s time to distribute the spirit and package it for shipment, everything from the glass used to bottle the spirit to the cork it’s stopped with and the box it’s sealed within are certified by the Forest Stewardship Council as coming from sustainably managed forests. Every time a bottle of 818 is purchased, 1 percent of the revenue is donated to the brand’s growing network of environmental nonprofits.

Earlier this year, the 818 family expanded.

Just a year and a half after launching 818, Jenner announced the tequila label’s newest release: Eight Reserve. The $200 bottle of tequila is a blend of añejo and extra añejo aged between one and eight years in American and French oak barrels. The tequila is then bottled in a handmade decanter made by local artists in Pachuca. The decanter, which resembles the number eight, is intended to “symbolize the milestone in 818’s history.” Eight Reserve is currently available in New York, California, and Florida and will soon be available in Texas, Nevada, and Illinois.

The spirit’s release sparked outrage on the internet…

Immediately following Jenner’s announcement on Instagram, outrage sparked across the internet with commenters accusing the supermodel of cultural appropriation and raising concerns about the treatment of workers. An Instagram post from fashion and celebrity news account Diet Prada shortly after Jenner’s announcement highlights some of the most prominent arguments people had against the brand. “Great, another white person getting richer off our culture. So now our small family owned tequila makers are going to lose business because it will be a new trend to buy some from the Kardashians,” one user stated. Others took issue with the brand’s potential treatment of native workers, with one user stating, “I hope you are paying the actual workers in MEXICO who are the ones behind this!!!,” and another claiming that Jenner is just “another foreigner coming to Mexico and exploiting little nameless local producers by paying them 1 percent out of their real profit.”

…and added to a broader conversation about celebrities’ place in tequila.

With tequila’s extraordinary growth in recent years, Jenner certainly isn’t the first celebrity to jump on the bandwagon and release their own version of the spirit — George Clooney did it a few years prior with Casamigos, and Dwayne “The Rock” Johnson released Teramana a year before Jenner released 818. However, 818 highlighted how white American celebrities seemingly take advantage of tequila’s success, and thus native jimadores and producers, to make a quick buck. “Tequila production is traditionally a family business in Mexico. I think it’s disgusting that another rich white celeb is appropriating Mexican culture with the audacity to think you’re making it better than Mexicans,” one Instagram user wrote.

Los Angeles-based tequila professional Lucas Assis weighed in on the issue in a discussion with VinePair last year: “I think people don’t realize how important tequila and the agave plant is to the people of Mexico. So, I think people took [it] very personally when she came out and said, ‘We made the best one.’” Others came to somewhat defend Jenner by arguing that the backlash she receives is a product of her family name, stating that if we are going to have a conversation regarding appropriation in the tequila industry, we need to identify all the wrong-doers before bashing just one founder — especially a female one.

There are some major questions surrounding the extent of Jenner’s involvement.

Each bottle of tequila is equipped with an identification measure called a NOM, which is a four-digit number communicating to the consumer where the spirit was distilled. While 818 is now produced at NOM 1607, which is the Mieles Campos Azules, when it was released it was produced at NOM 1137 which, in conjunction with one other distillery, is responsible for the majority of celebrity tequilas. It has been noted that this particular distillery is known to produce a massive amount of tequila that celebrities looking to start a spirits brand come in and taste before determining which one will become “their” tequila. As such, many question the authenticity behind Jenner’s claims that she herself has been on a journey to create the tequila and instead argue that she simply tasted a bunch of distillates until she found one she liked and slapped her name on it.

Additionally, 818 contains a number of additives to flavor the spirit with notes of vanilla and caramel, which are only naturally occurring when the spirit has had ample time to age in oak barrels. As such, among tequila aficionados, the spirit ranks incredibly low, despite its premium price point. The reason why it’s still so pricey? Celebrity affiliation and lifestyle product branding.

818 is one of the worst ranking celebrity spirits in the world.

In 2021, Aaron Goldfarb, a writer at large here at VinePair, ranked 63 celebrity spirits for Esquire based on three categories: taste, star power, and shamelessness. Ranked 60th on the scale was Kendall Jenner’s 818, which Goldfarb regarded as “problematic” on the shamelessness scale and scored a 4 on a tasting scale from 1 to 10. The only tequila on the list ranking lower than Jenner’s is Elon Musk’s Tesla Tequila, which actually scored better than 818 on the tasting scale — it was awarded a 5. In regard to Goldfarb’s highest-ranking celebrity spirits, Peyton Manning and Andy Roddick’s Sweetens Cove Bourbon takes the top spot followed by Steven Soderbergh’s Singani 63 in second place and Ryan Reynolds’s Aviation Gin in third.

The article 9 Things You Should Know About 818 Tequila appeared first on VinePair.

Did you miss our previous article…
https://cheapwinereviews.club/funny-guy-mugs-cats-and-wine-make-life-better-wine-glass-11-ounce-fun-cat-lover-wine-glasses-with-sayings-unique-birthday-or-christmas-gifts-for-women-mom-daughter-sister-teacher-or-coworker-2/

SHOP ALL OF AMAZON:
kendalljenner twoyears Is the Rioja Wine Region Worth Visiting? 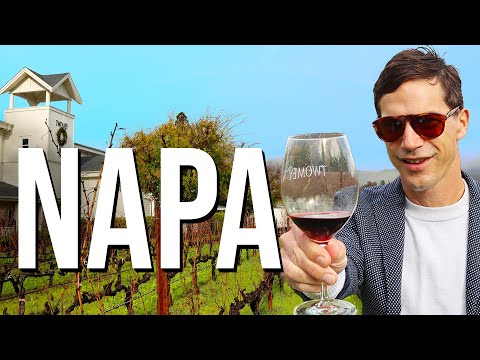 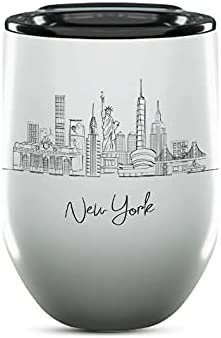 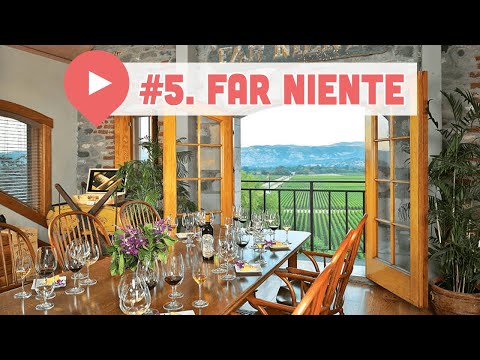 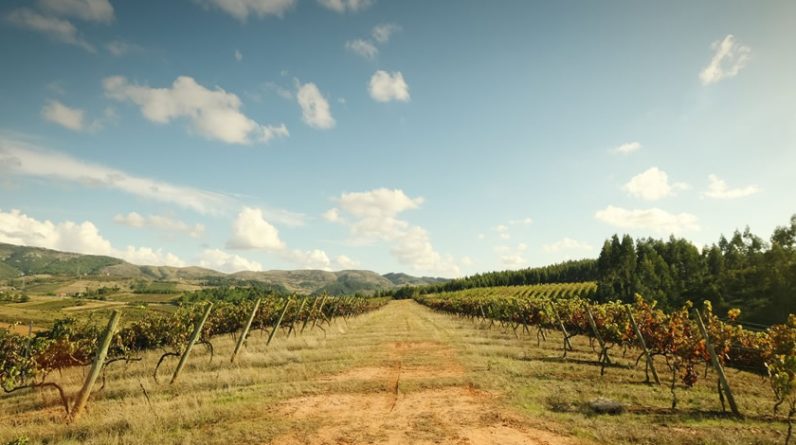 The best wineries near Lisbon 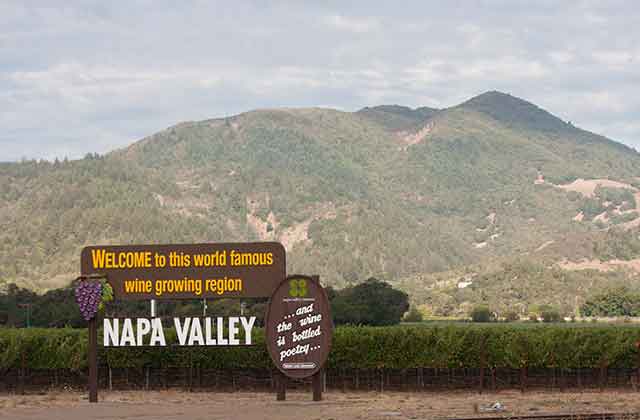 Napa Valley on a Budget?